The Adventure into Motorsports & the Automotive Industry 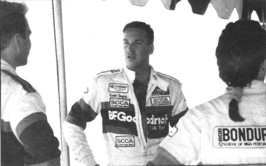 Ronnie was inspired at a young age from his late uncle, a local admired Northwest Porsche racer. At the age of 17 and a junior year in high school, he began building his first car auto shop class. Ronnie began auto racing the following year in the most hyper competitive class in the northwest earning numerous championships in SCCA & ICSCC regional and national divisions driving low horsepower front wheel drive and higher horsepower Showroom Stock GT cars. He started karting at the age of 29, about 20 years after most your racers, earning 2 SKUSA Regional Tour Championships in the highly competitive 125cc Shifterkart S2 class in 3 years.

With years of racing and coaching experience, Ronnie has earned his way into the core group of instructors you will find at the Ford Performance Racing School located just outside Salt Lake City at the Utah Motorsports Campus, formerly Miller Motorsports Park. Ronnie has been teaching, coaching and improving driver’s abilities for nearly 28 years. When not at the track you will find Ronnie at various automotive related programs from performance tire introductions to the latest in luxury car unveilings.

If you live in Oregon or Washington and visit the tracks often, you will probably find him among the group of racers enjoying the track life. Portland International Raceway and Oregon Raceway Park are what he considers his "home tracks".

Ronnie's Background in the Motorsports and Racing Industy

1990 - 1993 | Instructor at Pitarresi Pro Drive, professional racing school and importer of the SkidCar.

2016 - Launch and branding start of Product41 | Product41.com a website for drivers